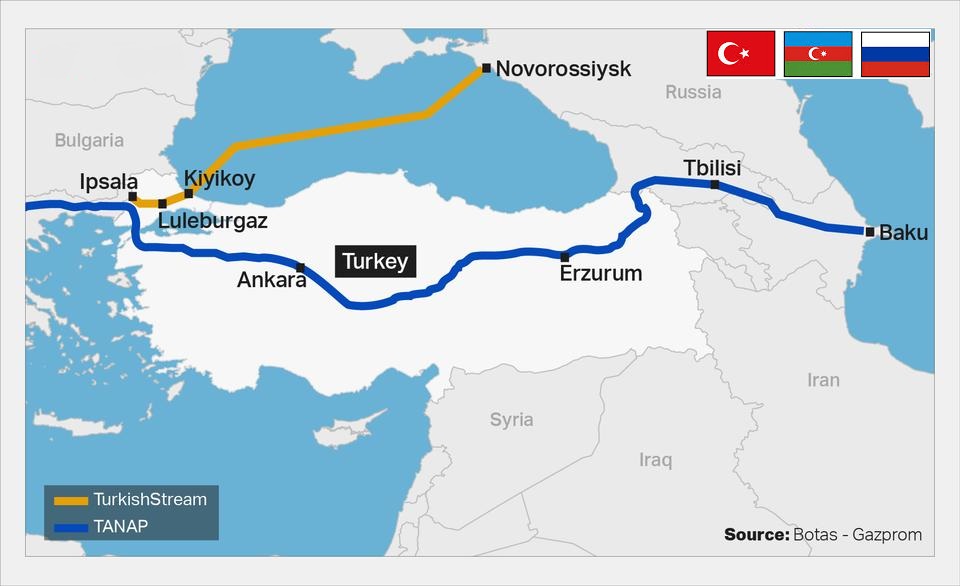 Against the backdrop of the economic crisis and the cooling of relations with Moscow, which resulted in conflicts with the Russia in Syria and respectively in Libya, Turkey has sharply reduced acquisitions of Russian gas.

At the end of March, Gazprom’s gas deliveries to Turkish state-owned energy company Botas and independent Turkish energy operators fell 7 times, to 210 million cubic meters, according to data from the Federal Customs Service of Russia. The share of Russian gas imports to Turkey down from 33% to 9% in March and to compared to 2018, the decline was more than 14-fold: then in the first quarter, Turkey acquired 8.8 billion cubic meters (2.93 billion on average per month).

Ankara is gradually switching to liquefied natural gas (LNG), buying it from countries such as Algeria, Qatar, Nigeria and the United States. In 2019, the Botas imported 9.1 million tons of LNG. LNG supplies in Turkey have already been planned until 2023.However, Turkey and Russia has been agreed on “take or pay” agreement on supplies coming through TurkStream, opened at the beginning of January, which has two pipes each with a capacity of 15.75 billion cubic meters of gas. This situation undoubtedly put Turkey in a tight spot in a long-run term.

On the other hand, when we look at the picture from the Kremlin side, Russia also experienced the strategic failure on Ukrainian issue, because even with TurkStream Russia was not able to deprive gas transit with Ukraine and Moscow had to conclude a new long-term agreement with Kiev, guarantee it for five years very high pumping volumes and good remuneration for services, and even pay the Ukrainian side almost $ 3 billion in old debts. For the short-run term, Russia may be dependent on Ukrainian transit role once more as Turkey would be satisfied to buy cheaper LNG from the spot markets for $ 40-75 to compare with Russian natural gas for $ 228.

However, for Russian giant Gazprom, from a commercial point of view, there is also some good news too. The company got the opportunity and legal guarantees for the further operation of its most important and decades-tested export channel and gain the power in Balkans, using the region as an alternative hub again in order to develop new routes and continue to force Baltic countries to be independent on Russia in a long-term.  However, after the conclusion of the new Russian-Ukrainian transit agreement, the question arose once again: Is TurkStream only a strategical and political injected project for Kremlin?

TurkStream is a new export gas pipeline from Russia to Turkey through the Black Sea. The first of the two pipelines are intended for gas supplies to Turkish consumers, the second – for gas supply to the countries of Southern and Southeast Europe. The total capacity of Turkish Stream is 31.5 bcm (15.75 bcm each).

The starting point for the gas supply to the Turkish Stream is the Russkaya compressor station (CS), which is part of the UNIFIED GAS SUPPLY SYSTEM of Russia and was built in the region of Anapa. It provides the necessary pressure for transporting gas through two lines of the pipeline to a distance of more than 930 km to the coast of Turkey, where gas flows to the receiving terminal.

TurkStream project has been proposed as a replacement of ‘South Stream’, which has been cancelled in 2014 due to the sanctions applied against Russia after Ukrainian crisis and Annexation of Crimea and decreased energy demands in Europe at that time. Turkish Stream was also suspended in November 2015 after jet crisis between Turkey & Russia. After the normalization of the relations in 2016, the line started to be built in May 2017 and has begun pumping the first gas on 8 January 2020.

On December 1, 2014, Putin, after his meeting with Erdogan in Ankara, unexpectedly (for everyone) announced his refusal to lay the South Stream on the Black Sea from Russia to Bulgaria and said that4 lines of this gas pipeline would be redirected to Turkey. However, Erdogan rejected proposed agreement and demanded to reduce the pipeline capacity, already called the TurkStream, to two lines: the idea of ​​turning Turkey into a gas hub with the help of Russian supply deliveries obviously ceased to interest for Turkey.

As a result, Erdogan received “his pipe,” and “Gazprom” had only one pipe left from all three for further export of gas to the EU. Because of this, the capacity laid for many billions of rubles across Russia to fill the South Stream was partially unnecessary.

When we look at “TurkStream” from the Russian perspective, Russia would not only increase dependence of Turkey for its gas supplies but also see TurkStream as a full-fledged strategical and political project. For Russia, TurkStream means to secure its hand against TANAP project and minimize LNG exports of Turkey from other countries such as Algeria, Qatar, Nigeria and the United States. Russia sought for gain the power in Balkans where the country is already spreading its soft power via cultural, social, humanitarian and civil ties successfully.

Giving up on Russian gas?

Gazprom’s supplies to the Turkey fell by 35%, to 15 bcm which recorder as a minimum indicator of past 10 years. As a result, TurkStream and Blue Stream with a total capacity of 35 bcm remained half empty. In March, the capacities of two gas pipelines (2.9 bcm per month) were used by less than 10%.

Turkey increases LNG purchases from the spot market and liquefied gas is now significantly cheaper than the gas received from Russian pipelines. Private Turkish gas importers, who have open contracts with Gazprom until 2035-42, have been violating the “take or pay” condition for about two years by purchasing less than the agreed amount in order to diversify Turkish energy supplies and needs. It is obvious that supplies delivering through TurkStream also affected by the market fluctuations due to the Covid-19 and destabilization of the energy markets.

Drop in liquefied gas prices undermines the role of both TurkStream and the export potential of Russian pipelines in general, however, Turkey would not give up the Russian gas supplies in the long-term due to the following reasons;

2) It is “rational” for Turkey to take a part in Russian energy projects because the country would like to increase its indispensable energy hub role between Russia & Europe gas supplies in the future.

4) Turkey commends its nuclear power development to Russia with Akkuyu NPP project. Firm steps to be taken in this project will bring two countries to a closer level in bilateral energy relations.

Covid-19 has deepened the north-south cliff in Europe. Turkey’s rapprochement and collaboration with the southern Mediterranean countries and the sharing of rich energy deposits in the region by taking concrete steps with Greece, Italy and Libya is likely to be happened.

The idea of turn the Mediterranean into an effective region in maritime trade, is supported by countries such as Morocco, Algeria, Tunisia, Libya, Egypt, North Africa, Turkey, Greece and Israel.

Another important aspect of Turkish energy security that occupy the agenda today is TANAP and raising importance of Azerbaijanian supplies to Turkey. State energy company of Azerbaijan SOCAR is ready to revise its replacement contracts with Turkey to reflect prevailing low prices, which Gazprom is pulling its feet on. For the first time, Turkish LNG imports are now ahead of pipeline gas purchases.

Over the past few months, Turkey has sharply increased LNG imports from Azerbaijan, receiving in March 924.28 million cubic meters of Azerbaijani natural gas, which corresponds to almost a quarter of natural gas imports per month.

Another scenario which forecast the situation with regional energy project – TANAP is quite complicated. To secure its hand against TANAP project, putting TurkStream as a competitor of the project is one of the initial aims for Russia. Total capacity of TANAP is 16 bcm and with Turkish Stream at the final stage capacity will be reach almost 31.5 bcm.

However, if Azerbaijan’s role in Turkish energy security equation will increase in the near future ,Russia may put some political pressure on both Georgia and Azerbaijan (via unresolved conflict between Azerbaijan and Armenia over Karabakh) in order to secure its place as a one of the indispensable supplier of natural gas to Turkey.

Despite the disagreements in both Syria and Libya, Turkey – Russia energy relations will not change in the long term due to the increased interdependence in energy issue.  Turkey started imports of natural gas from Russia before the Cold War ended, establishing the basis of an important relationship for decades to come and launch of the TurkStream in January of this year will consolidate both countries interests in the energy game currently being played out in the region. 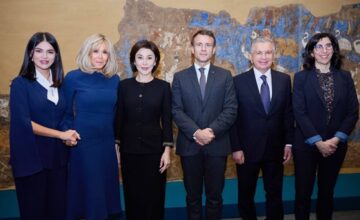 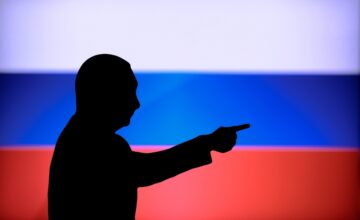 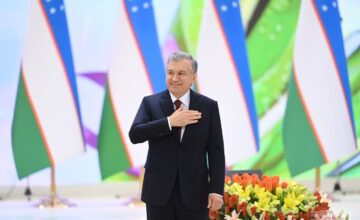 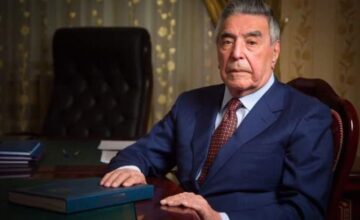 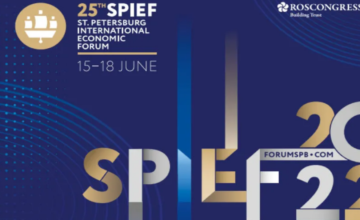 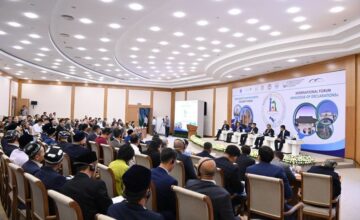 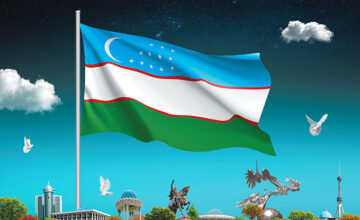 Constitutional Reforms – Will of the Electorate and Requirement of New Era 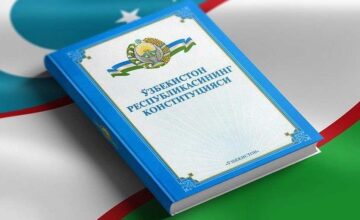 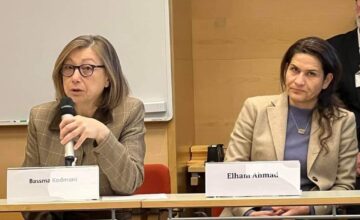 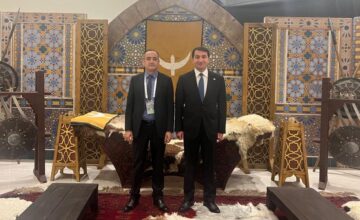 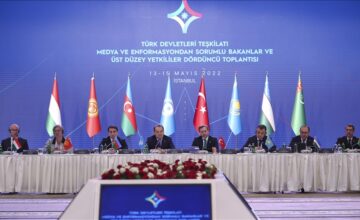 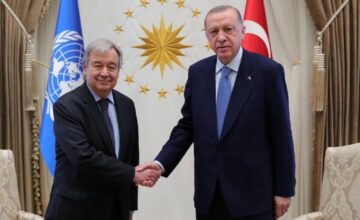