The analysis of the reforms and changes undertaken in Uzbekistan demonstrate that a new model of society and state relations is being shaped. This model’s objective is to ensure the well-being of the people on the basis of mutually trustful and beneficial collaboration between society and the state, raising the sense of involvement of each person in the development of the country. The barometer for the effectiveness of such cooperation is a positive change in the quality of life of the citizens of the country.

In addition, it forms a strong foundation for the unification and mobilization of the huge potential and resources of society, as well as state institutions for the development of the country.

Of course, the road Uzbekistan chose is a complex one, but at the same time the most effective.

It can now be stated with confidence that new Uzbekistan under the leadership of Shavkat Mirziyoyev has successfully passed an important stage of development. It involves directing the activities of government agencies to serve the people and the society becoming an active initiator and participant in the reforms. Another important aspect. is that political system considers the setting up mutual strategic communication with the society as an important factor of the development. The president of Uzbekistan pays special attention to the active, educated and independent position of citizens in the affairs of society and the state. 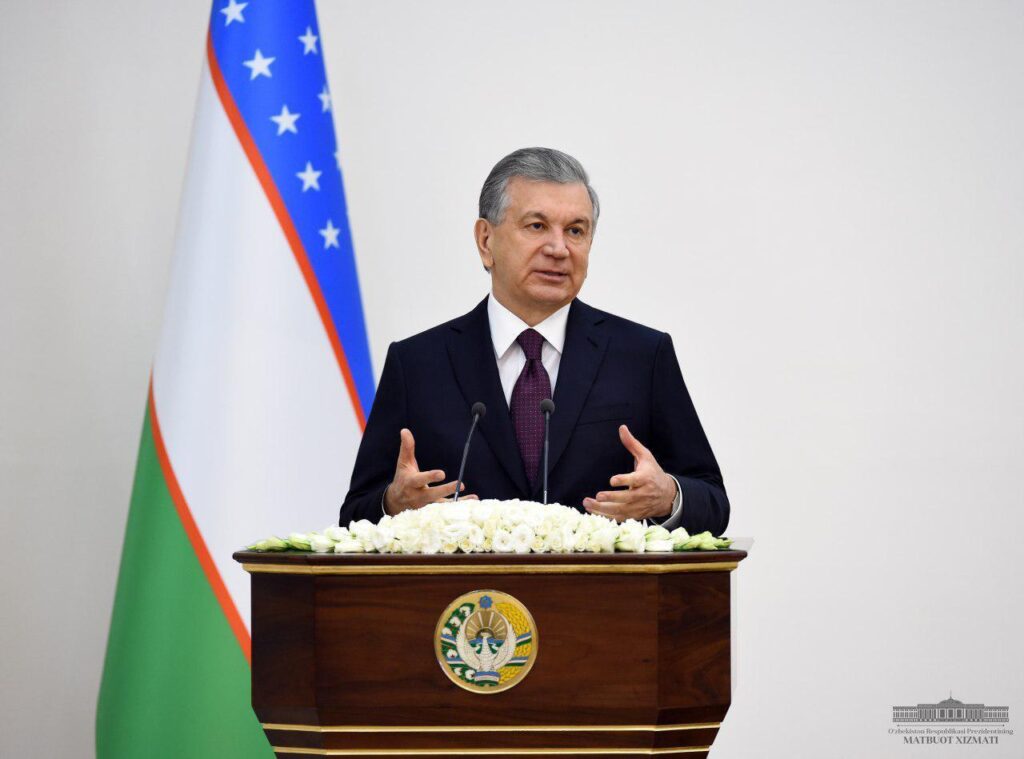 Now, the task before us is to move forward without slowing down the pace against the backdrop of the results and achievements. It can be similar to a process of striving forward with new vigour to retain the title after winning a championship in sports. Or, as one of the founders of modern physics, A.Einstein said, “Life is like riding a bicycle. To keep your balance, you must move”.

The analysis indicates that the words spoken by Shavkat Mirziyoyev, the President of Uzbekistan are not a pre-arranged texts or attractive set of words, but a kind of challenge to society that reflects the realities and strategic goals.

It can be observed in the initiatives of the President of Uzbekistan, which he put forward with great precision and determination in his speeches at home and abroad. It is noteworthy that Shavkat Mirziyoyev, when making any proposal, clearly indicates its implementer and deadline. 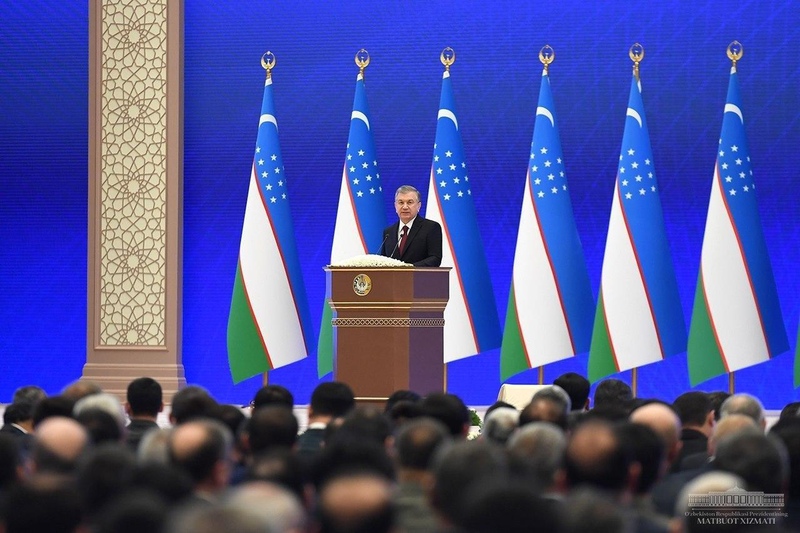 In my opinion, the historical changes observed in the socio-political life of Uzbekistan over the past period are as follows.

First, freedom of speech has been ensured in the society. Citizens started to speak openly about their problems and their attitudes towards government agencies.  This, in turn, has steeply reduced the “distance” which has been formed over many years between citizens and officials. This can be seen in all means of mass media like television, radio, press and social networks. At the same time, through objective observation of the information space of Uzbekistan, one can conclude that there are still a lot of problems in the country. In fact, the people are proposing to sort out existing problems together.

Significantly, there have been dramatic changes in the minds of Uzbek people. The people who have lived under “internal censorship” for several years, have warmly welcomed the transparency put forward by the President and expressed their readiness for changes. This is the historical achievement of Uzbekistan in a short period of time. As it happens, positive changes in human thinking directly contribute to changes in the society. 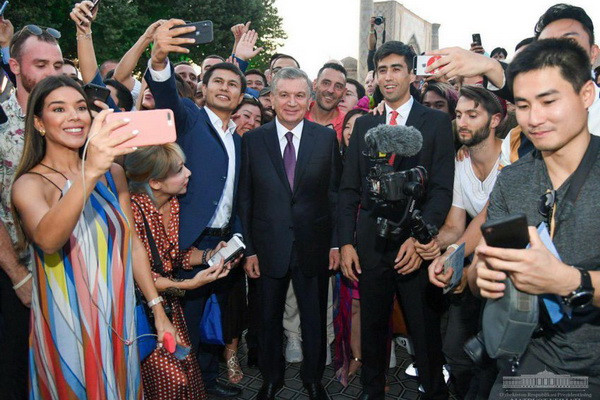 Second, through his reforms, the President has managed to transform people from the “traditional spectator role” into the initiators and active participants in changes in society. This is one of the important positive changes.  After all, progress can only be achieved if everyone is equally responsible for the development of society and the state. It is noteworthy that Shavkat Mirziyoyev sets an example for real leaders. There is no segment of the population in Uzbekistan with whom he has not met and communicated (teachers, constructors, engineers, entrepreneurs, farmers, youth, etc.). The famous phrase of 26th President of the USA T.Roosevelt says: “A leader works openly, a boss works behind closed doors. Leader guides, but boss controls”.

Third, a critical spirit has emerged in Uzbek society. Public control over the activities of government agencies is being established. Of course, this process is now being carried out more by media representatives, including bloggers.  As a result, government organizations are forced to consider public opinion. This ensures one of the main constitutional norms in public administration – the principle of accountability of government to the people. Along with this, there has been formed institutionalization of the relationship between the people and government agencies. 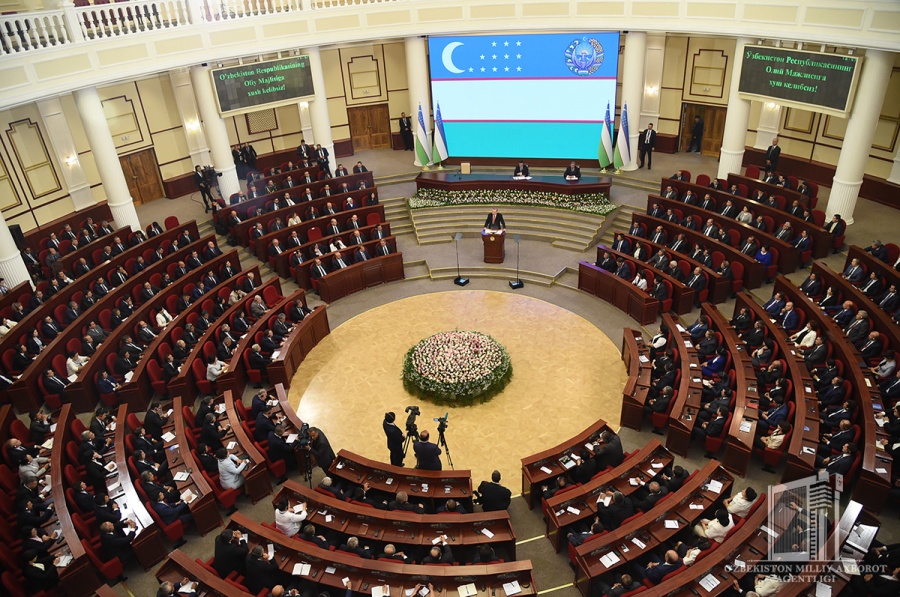 Fourth, Mr. Sh.Mirziyoyev trusts the youth. There is not only the factor that more than 60% of the population of Uzbekistan consists of young people, but also the factor that in today’s rapidly developing world, only young people can withstand various challenges and create a new society. This approach is also based on strategic goals such as the rational use of the intelligence and potential of young people, its proper direction in the development of society and the state.

Definitely, a number of pertinent questions arise in this regard. In particular: how can the potential of young people be realized in the modern world? What position does Uzbek leader hold in this regard?

In this respect, it should be noted that a new system – “continuous knowledge chain” has been created in the country.  This can be observed in the process of preschool-secondary school-professional and higher education”. In particular, in modern Uzbekistan, kindergarten is treated not only as an educational institution, but also as the foundation of education.  In this regard, it should be noted that a separate system, which has no analogues in the world, has been established – the Ministry of Preschool Education. As a result, the coverage of young children with preschool education has doubled within 4 years to 60%, and the number of kindergartens has tripled. 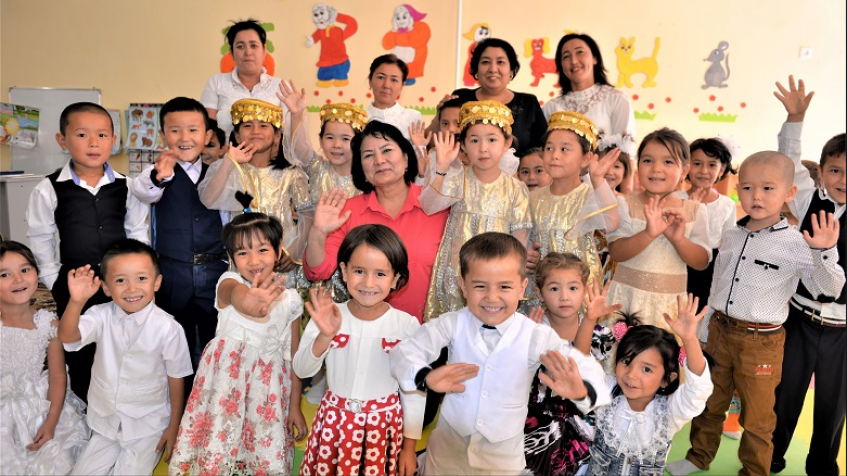 In turn, school education is being specialized in certain disciplines based on the requirements of modern development. In particular, schools with focus on chemistry, biology, mathematics, IT, physics, in-depth teaching of foreign languages are being established. It is noteworthy that a systematic approach is being taken to demonstrate the talent of students not only domestically but also internationally. In his address to the Oliy Majlis President put forward the initiative to organize the International Science Olympiad in Physics named after Akhmad Fergani.

In the short term, the level of higher education coverage in the country has almost tripled to 25% (four years ago this figure was only 9%). This was achieved through the opening of new universities, including branches of leading foreign universities, and the organization of part-time and evening education.

Another important historic decision in the higher education system of Uzbekistan is the granting of academic freedom to 30 leading universities of the country this year.

Thus, the strategic goal of the leader of Uzbekistan in this regard is to encourage young people to acquire in-depth knowledge, to form the country’s youth, first of all, as educated, high-potential and mature people who can meet modern requirements and increase the attractiveness of science. 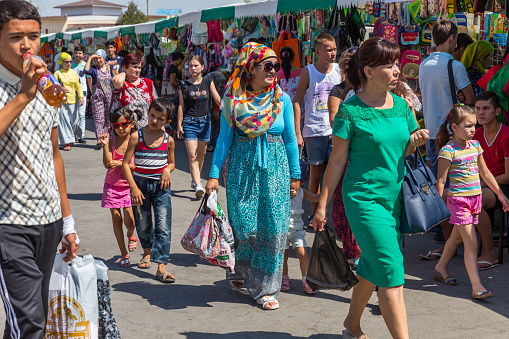 Fifth, there have been major changes in the field of external migration.  This is directly related to the management and liberalization of migration processes. It should be noted that migration processes are transnational and specific to all countries. It is known that Uzbekistan is a country with a high labour force due to the fact that the majority of the population is young. Until recently, however, the country did not establish cooperation with recipient countries on the safe, orderly organization of migration processes. In the past period, 12 normative and legal acts directly or indirectly regulating the industry were adopted. Work experience will be considered if citizens participating in labour migration pay social taxes on time. Most importantly, Uzbekistan protects the rights of its citizens working in other countries. This is a proof that
Shavkat Mirziyoyev guarantees the rights and freedoms of the citizens of Uzbekistan, wherever they are.

Sixth, it is well known that foreign policy is an integral continuation of domestic policy. This approach can be seen as a strategic direction of the foreign policy of Shavkat Mirziyoyev, who has been the Prime Minister of Uzbekistan for many years. In this respect, it can be said that the priority of Tashkent’s foreign policy is to establish equal relations with foreign countries and directly ensure the interests of the population.

This can be seen in the systematic implementation of tasks such as attracting investment in the socio-economic sphere, creating favourable conditions for investors, providing assistance to citizens of Uzbekistan in difficult situations in foreign countries. In general, this can be interpreted as a contour of domestic policy in foreign policy activity. 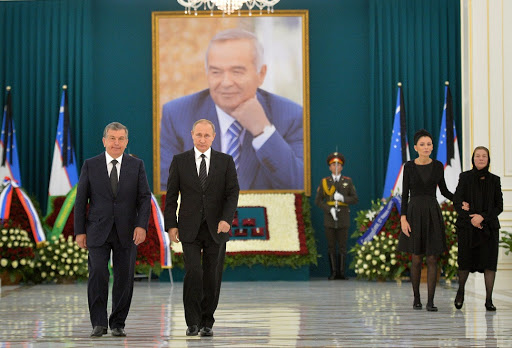 At the same time, one of the most important results of the effective foreign policy of the President of Uzbekistan in the past period is the creation of an atmosphere of dialogue, practical cooperation and good neighbourhood relations around Uzbekistan.  In this way, Uzbekistan has created a common “point of attraction” in the Central Asian region. Another important aspect is that Uzbekistan does not claim individual leadership in the region, but seeks the harmonious development of the whole region.  Such an approach of the Uzbek leader towards the region can be considered as a model of “mutual benefit and common success”.

Based on the analysis, we can say that the formula of Uzbekistan’s foreign policy is clear, official Tashkent has a strong position, which is in the interests of the people of Uzbekistan. 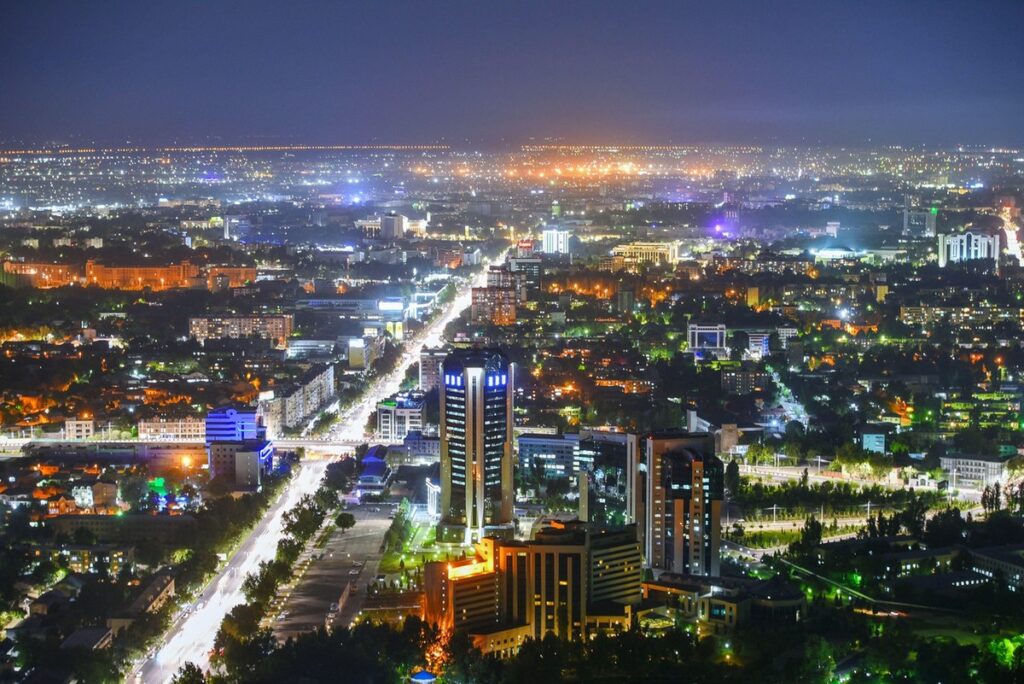 To conclude, the people of Uzbekistan and the system of government in a short period of time have come a long way, which is the basis for complex and at the same time positive changes. In this regard, as noted above, relying on the interests of ordinary people in government, creating a “bridge” of constant communication with them, in my opinion, is an important factor in the changes taking place in the new Uzbekistan. This is an important basis for the next big strategic leap. Uzbekistan has enough potential and resources for this, because, as President Shavkat Mirziyoyev said, there is no way back, all the bridges have been burned down. 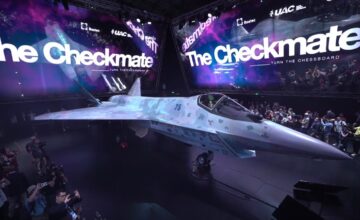 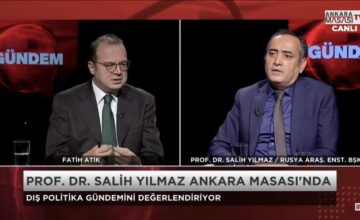 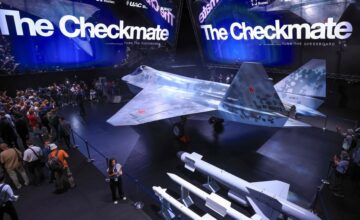 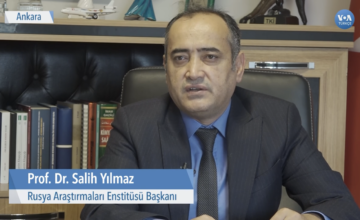 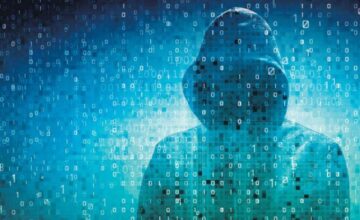 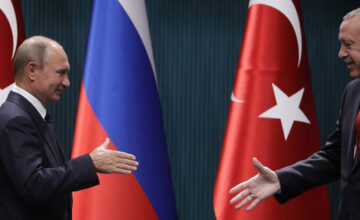 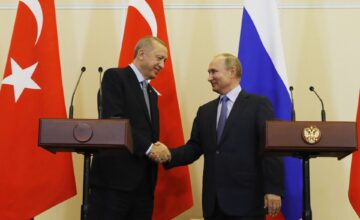 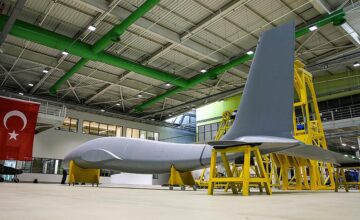 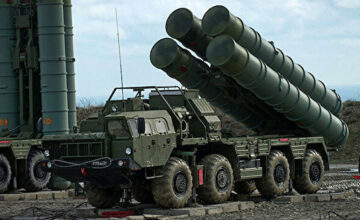 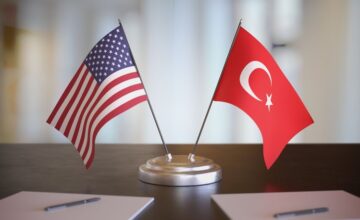 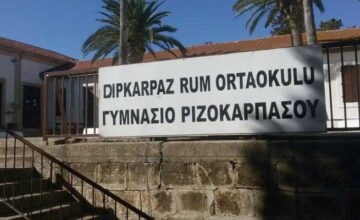 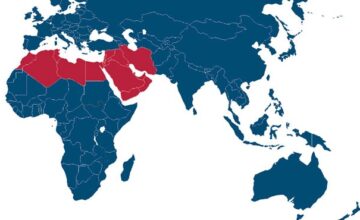